COPD is an obstruction/limitation of the airflow from and to the lungs. It refers to a couple of lung diseases and includes: In emphysema, the alveoli get damaged losing their elasticity and cannot stretch as a result the air is trapped within the air sacs and is not available to the lung for air exchange due to limitation in airflow. COPD is largely caused by cigarette smoking and other noxious particles.

The disease is commonly confused with asthma because certain symptoms overlap, however; asthma is not included in COPD, but people with asthma are at risk of developing COPD over time.

COPD patients are also likely to experience episodes called acute exacerbations, during which their symptoms become worse and persist for days or longer.

Note: Intensity may vary from patient to patient; symptoms may also develop independently; there is often a history of exposure to risk factors.

A detailed account of past history is taken by the treating physician, including smoking history or any past exposure to lung irritants.

The disease takes years to develop, and symptoms are often variable in intensity. Examination includes

If there is a history of smoking or exposure to lung irritants the doctor may suggest the following tests:

Acute exacerbations: Cause frequent medical visits, hospital admissions among COPD patients. Patients may benefit from antibiotics along with optimized treatment with medications that open (dilate) the airways in the lungs. These medications are called bronchodilators (bron-co-di-late-ors). Severe exacerbations may sometimes require a short course of injectable steroids (e.g. prednisone).

Early diagnosis with smoking cessation along with the use of effective medications improves symptoms of COPD.

COPD is a preventable and treatable disease, but with no permanent cure. Smoking cessation and compliance with prescribed medications would help to improve symptoms of COPD and reduce exacerbations. 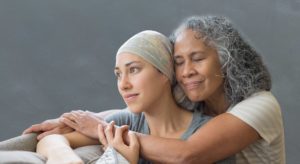